It is widely known residential real estate investments offer great returns. Generally outpacing the stock market long term, and providing a great diversification opportunity, there is no wonder so many investors of all levels turn to real estate.

These investments are properties built for one family or household. This type of investment often entails fixing or flipping the properties or renting them out to short- or long-term tenants.

Whether you want to pursue single-family or multifamily investments you need to decide your strategy for making the investments.

Active investing is when an investor personally purchases a property for rental cash-flow or to fix and sell for a profit. The property could be anything from a single-family home to a large multifamily property. Active investors are involved in every aspect of the deal from finding it, obtaining financing, personally guaranteeing the loan, and subsequently managing the investment. The process of identifying the correct market, property, financing and closing the deal can be arduous, but it can also be very rewarding. If it all goes well, an active investor reaps the lion’s share of the returns. Single-family investors are almost always active investors. They use their own capital to acquire the real estate and act as the landlord in the leasing and management of the property.

Passive investing is a hands-off approach which allows an investor to place one’s capital into a real estate syndication that is managed in its entirety by a sponsor. Investing passively in private real estate means investors outsource the selection and management of investment properties to a sponsor. These sponsors pool funds from many investors to buy larger or an entire portfolio of properties, then execute specific business plans, run day-to-day operations and report back to investors. Multifamily investors are generally passive investors.  They contribute their capital to the investment but leave it to the professional investment manager to operate the property day to day.

If you choose to be an active investor the investments become a second job or a full time occupation. Passive investors can enjoy the benefits of real estate investing while remaining completely focused on their career or enjoying their retirement.

What is the best real estate investing option for me?

For investors that recognize the value of residential real estate, but do not want all the responsibilities attached to it, investing with a sponsor might be a good option. Real estate investment companies buy properties using money from many investors, and the investors, in turn, benefit from being part-owner in the real estate properties (without the hassle of being a landlord).

Partnering with a sponsor is a great way for investors to put their capital to work and turn a profit from owning residential real estate. It requires a much lower initial investment as compared to buying real estate outright.  CEP Multifamily offers investors the opportunity to make direct investments in multifamily properties. Investors enjoy all the benefits of owning multifamily real estate without the hassle of management. Investors receive all the benefits of a tax advantage investment that generates superior returns through a healthy balance of passive income over the hold period and the capture of significant appreciation at disposition. 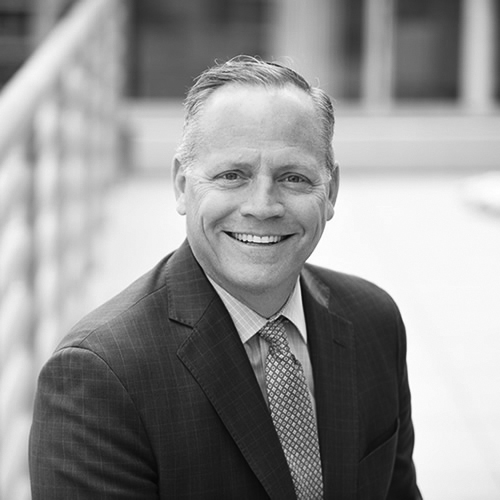 For over three decades, Shawn has been responsible for establishing and growing each of the operating businesses in The Coast Group of Companies and Hoban Family Office. It all started in 1987 when he co-founded Coast Property Management alongside his brother Tom after identifying the need for a high performing, values-based property management company. Coast has long since grown into The Coast Group which is a vertically integrated, privately owned family of real estate companies. Coast is one of the region's largest and most respected real estate services firms of its kind with offerings in property management, facility services, specialized construction, advisory, and investment services.

Shawn is an integrator and strategist for the Hoban's various ventures with a particular gift of taking complicated situations and making them executable. A leader with strong character, Shawn also
possesses a competitive streak that has shaped the success of their ventures together.

The Hoban Family Office, the holding company for the operating businesses, brings innovative ideas to the commercial real estate industry through Coast Innovation Center while serving the charitable causes of the Hoban family and the Coast Group. He is passionate about identifying and developing talent to
support their businesses, while mentoring the next generation of leaders inside and outside of his family.

His service and awards include Top 40 Under 40 Business Executive by the Puget Sound Business Journal, Director for The University of Notre Dame Alumni Association, Archbishop Thomas J. Murphy High School Board of Trustees Chair and Board of Regents, Fulcrum Foundation Board of Trustees, Vistage, Entrepreneur’s Organization (EO), and many other community organization throughout the Pacific Northwest and U.S. The brother’s ventures together earned them two very prestigious awards: The Washington State Family Enterprise Institute’s Family Business of the Year and The University of Notre Dame Alumni Association of Seattle co-alumni of the year.

Shawn holds a Bachelor’s degree in Business Finance from the University of Notre Dame and is both a Certified Commercial Investment Member (CCIM) and a Certified Property Manager (CPM) with the Institute of Real Estate Management (IREM).

Shawn and his wife, Kathie, enjoy travel and outdoor recreation on the Puget Sound while following the active lives of their four adult daughters and a growing generation of grandchildren. 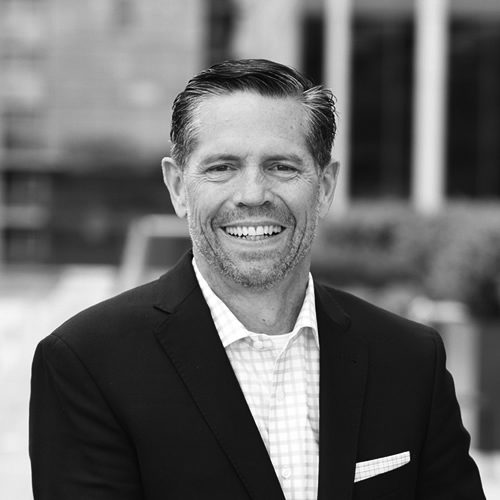 Tom has over thirty years of experience as a property manager, real estate advisor, and investor. In 1987, he co-founded Coast Property Management alongside his brother Shawn after identifying the need for a high performing, values-based property management company in the market. Coast has long since grown into The Coast Group, which is a vertically integrated, privately owned family of real estate companies encompassing property management, facility services, specialized construction, advisory, and investment companies. Today, The Coast Group is one of the region’s largest and most respected
real estate services firms of its kind as it is able to leverage the different companies' resources to provide the best possible returns for clients.

Built as an extension of their humble servant leader view of themselves, the Hoban brothers and their executive leadership teams have become synonymous with excellence, innovation, and reliability.  Along the way, the brothers have been recognized for their professional accomplishments and work in the communities they serve, earning them the co-alumni of the year award from the University of Notre Dame alumni association and The Family Enterprise Institute’s Washington Family Business of the Year.

Over the years, they invited others who possessed complimentary if not superior talents to join them as partners and co-leaders in the Coast Group of Companies.  In 2017, they formed The Hoban Family Office (HFO) to create a platform for innovation (Coast Innovation Center), talent development, and leadership in service to the Coast Group of Companies, their families and the communities they serve.  It also serves as their charitable arm, with a focus on service to the poor and vulnerable and development of tomorrow’s leaders.

Tom leverages his vast network, engaging personality and refreshingly transparent approach into many venues, including his long-running column in the Herald Business Journal, as a freelance writer and as a guest speaker or lecturer all while serving on several boards or advisory functions, including Santa Clara University Real Estate School Advisory Board, Washington State University – Everett, University of Portland board of trustee’s, The Washington State Governor’s Affordable Housing Advisory Board, The
Commercial Broker’s Association of Puget Sound, Archbishop Murphy High School (Everett, WA), The Boys and Girls Clubs, chairman for the Snohomish County Airport Commission, The City of Everett
Economic Development Advisory Council, and others. The brother’s ventures together earned them two very prestigious awards:  The Washington State Family Enterprise Institute’s Family Business of the Year
and The University of Notre Dame Alumni Association co-alumni of the year.

Tom graduated from The University of Notre Dame with a BA in Finance.  A former coach, scoutmaster, and basketball referee, in his spare time today Tom continues plays recreational basketball, remains active in his church and enjoys time with his wife, two sons, and daughter on the Puget Sound. 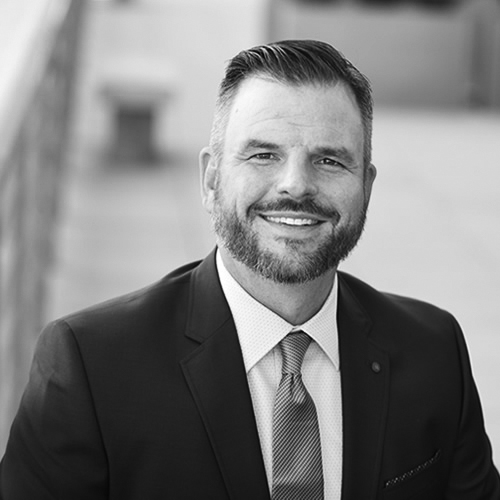 Josh is a proven dealmaker that has led the closing of more than one billion dollars of multifamily transaction volume over the last decade. Prior to joining Coast Equity Partners, Josh was one of the top brokers in the nation for Sperry Van Ness, where he garnered national awards in recognition of his sales, strategic thinking, and leadership skills.

Josh is active in his community and has spent the last 7 years as a volunteer varsity football coach for a local high school. Josh also served as a founding board member of the Private Enterprise Coalition of Snohomish County.

Josh attended Occidental College in Los Angeles, where he earned a BA in Politics, as well as All-American honors as captain of the football team.

Josh, his wife Cheryl, and their two children enjoy travelling, hiking, and snow and watersports. 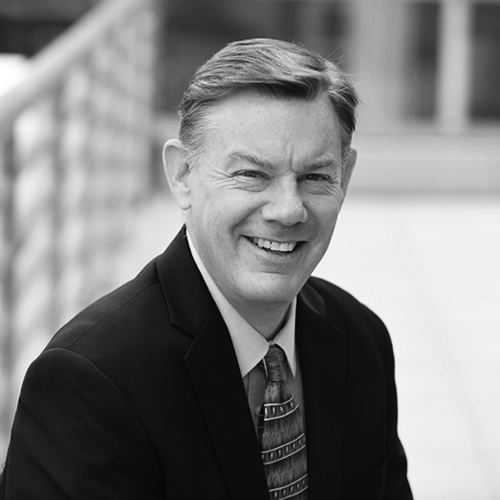 Mike brings many years of business leadership, entrepreneurial drive, and real estate experience to the table. He has held critical roles in the strategic management of high growth companies and early-stage technology start-ups. From raising capital on Wall Street to buying his first rental property while still in college, Mike brings a unique broad range of talents to Coast Equity Partners.

Mike’s entrepreneurial spirit is grounded in a solid business background. He has designed and managed the development of several mission-critical business systems for fortune 500 companies, participated in

Since 1992, Mike has been engaged in the identification, acquisition and rehabilitation of real estate with excellent investment potential. His portfolio of properties includes residential holdings as well as rental properties in various markets throughout the Pacific Northwest and United States.

Mike holds a BS in Finance from San Diego State University and an MBA with concentrations in Marketing and Management from the University of Notre Dame.

Mike enjoys travel, youth coaching, winter sports, water recreation, golf and fishing. He lives with his wife and four sons in North Seattle and is active in his church, children’s schools and local community.